TREATMENT OF BILATERAL COMPLEX BILATERAL ANEURYSMS OF THE RENAL ARTERY BY EX-VIVO SURGERY AND AUTOTRANSPLANTATION IN THE ILIAC FOSSA. ANALYSIS OF OUR EXPERIENCE FROM 1/2010 TO 12/2018

Objective: To analyze the experience in the treatment of bilateral complex arterial aneurysms of the renal artery
Introduction: Renal artery aneurysms are a rare clinical entity and the epidemiology, pathophysiology and best treatment are not clearly defined in the literature.
Material and Methods: Retrospective analysis of the database of patients with the diagnosis of renal artery aneurysms. A total of 3 patients with bilateral aneurysms were surgically treated and a descriptive analysis was applied on a case-by-case basis.

Discussion and conclusion: The treatment of bilateral aneurysms is rare and, in 2014, the first case of autotransplant treatment was published. There are, however, no randomized trials comparing in situ, ex vivo and endovascular surgery. At our center, the treatment of complex renal artery aneurysms, which we defined as those requiring greater than 45 minutes of renal artery clamping time or located in artery areas not accessible to in situ reconstruction, is performed through ex-vivo surgery and autotransplantation in the iliac fossa. This therapy represents an excellent option with zero morbidity and mortality. Experience in renal transplantation and vascular surgery is a key requirement for successful treatment. 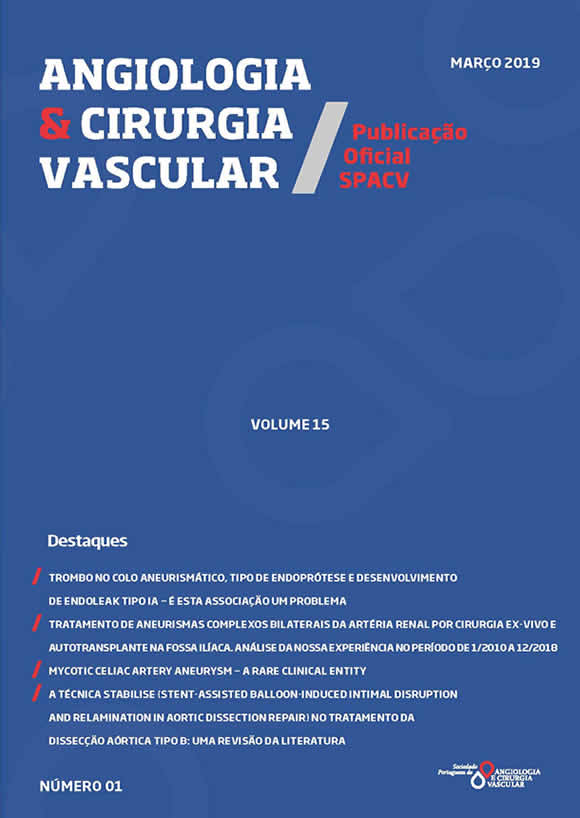