Results: At our center from 1/1/2010 to 31/5/2021 535 patients were admitted due to knee trauma (28 with knee dislocation and 507 with fracture close to the knee) and 9 patients with popliteal artery injury (seven males, median age 39.0 years) The mechanism of PAI was motorcycle (4) or bicycle (1) or work (1) accidents (4); one fall, one running over and one iatrogenic injury.
The incidence of PAI after knee trauma was 1.5%, after knee dislocation 17.9% and 0.8% after fracture close to the knee. Regarding associated injuries, four patients had severe soft tissue damage, two had venous injuries and two had nerve disruptions.
The median ischemic time was 6.0 hours and mean vascular surgical time was 2.4 hours.
Regarding vascular treatment, eight patients were submitted to bypass surgery and one was treated conservatively. Therapeutic fasciotomies were performed in three patients.
No primary amputations were performed. A secondary major amputation was performed in one patient.
The mean hospital length of stay was 24.9 days and mortality was 0%.
Three patients returned to their normal activity level and six were limited in their daily activity.

Discussion/Conclusion: The risk of PAI after knee dislocation is higher than after knee fracture (17,9% vs 0.8% in our study, and 3,4-8,2% vs 0,2 % in Swedish registration), so orthopedic surgeons must be aware of that increased risk, to avoid missing this diagnosis.
The amputation rate in our serie was lesser than the Swedish registration and the United States National Trauma Data Bank (11% vs 28% and 14,5%, respectively). However, it ́s still a high rate
considering that it mostly affects a young and active population and only 33.3% patients return to a normal life.
A multidisciplinary approach is essential to decrease ischemia time and to promote a holistic treatment. 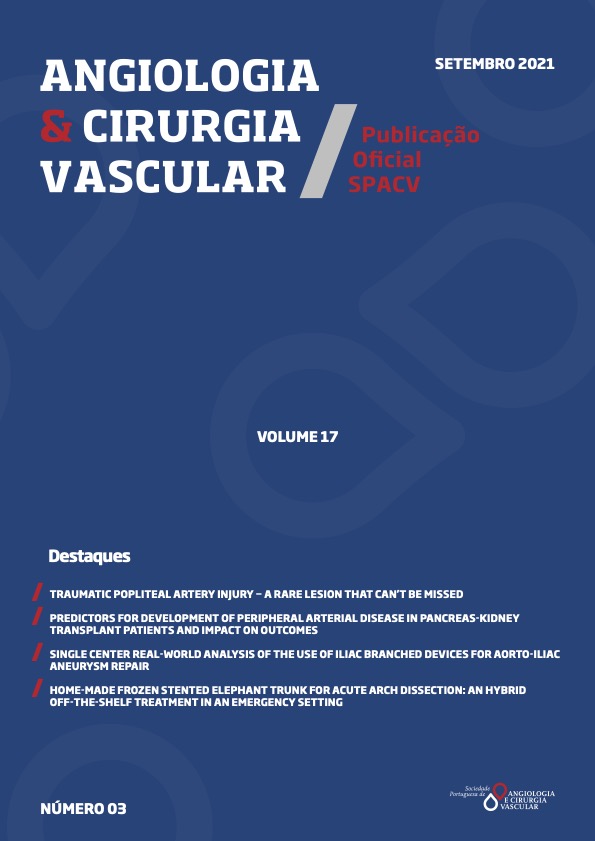