Introduction: The Fellow of the European Board of Vascular Surgery (FEBVS) examination is a comprehensive exam for Certified Vascular Surgeons or General Surgeons with Vascular Certification. It comprehends a thorough assessment of vascular pathology knowledge, and includes critical analysis of diverse clinical cases and vascular subjects (Clinical Viva), critical review of an academic paper and direct open and endovascular skills examination in independently validated simu- lators. It is, therefore, increasingly seen as a standard of quality for International Vascular Specialists, so that it currently represents the final exam for Vascular Surgery Certification in countries such as Netherlands and Switzerland.

Through this work, we aim to perform a critical review on the results of the past ten FEBVS examinations.

Methods: A review of the results from the past ten consecutive FEBVS examinations was performed. Data on the results of open technical skills assessment (aortic anastomosis, distal anastomosis and carotid endarterectomy), endovascular technical skills assessment, clinical viva and academic paper analysis were collected. Candidates demographic character- istics were also reviewed. A review on both global and specific failure rates, as well as their behavior throughout the years was performed.

Results: Three-hundred consecutive candidates, who have performed their Vascular Training in twenty-six different countries, were assessed in 10 different examinations performed in the last 5 years (2014–2018). Most candidates were male (77,7%), with a mean age of 36 years old. The majority of candidates were from the Netherlands (24,1%), although Germany (13,4%), Spain (12,4%) and the United Kingdom (11,4%) had a significant representation as well. Global failure rate was 28,3%, and 5,3% of the candidates were granted “honours” due to outstanding performance (global score > 90%). 21,2% of the failed candidates repeated the exam, with a global pass rate of 56,1%.

Among each of the individual assessments that constitute the exam, failure rate was significantly higher in the academic paper review (24,7%), when comparing to technical open (16%), technical endo (14%) and clinical viva assessments (15,5%). Regarding each of the individual skills evaluated in the open technical section, failure rate was significantly higher in the aortic anastomosis (29,3%), when comparing with distal anastomosis (16%) and carotid endarterectomy (17,6%). More importantly, a progressive increase of failure rate in aortic anastomosis assessment was observed throughout the years (Fig.1), in accordance to the known perception of progressive loss of open aortic skills among young physicians.

Portugal represents only 4,2% of all FEBVS candidates, with a pass rate of 100%.

Conclusion: The FEBVS examination is a comprehensive exam, that independently assesses both theoretical and technical knowledge. Failure rate is high, although the existence of “honours” confirms a balanced difficulty level. An alarming loss of open aortic skills is noticeable and reinforces the need of simulation training in such territory. 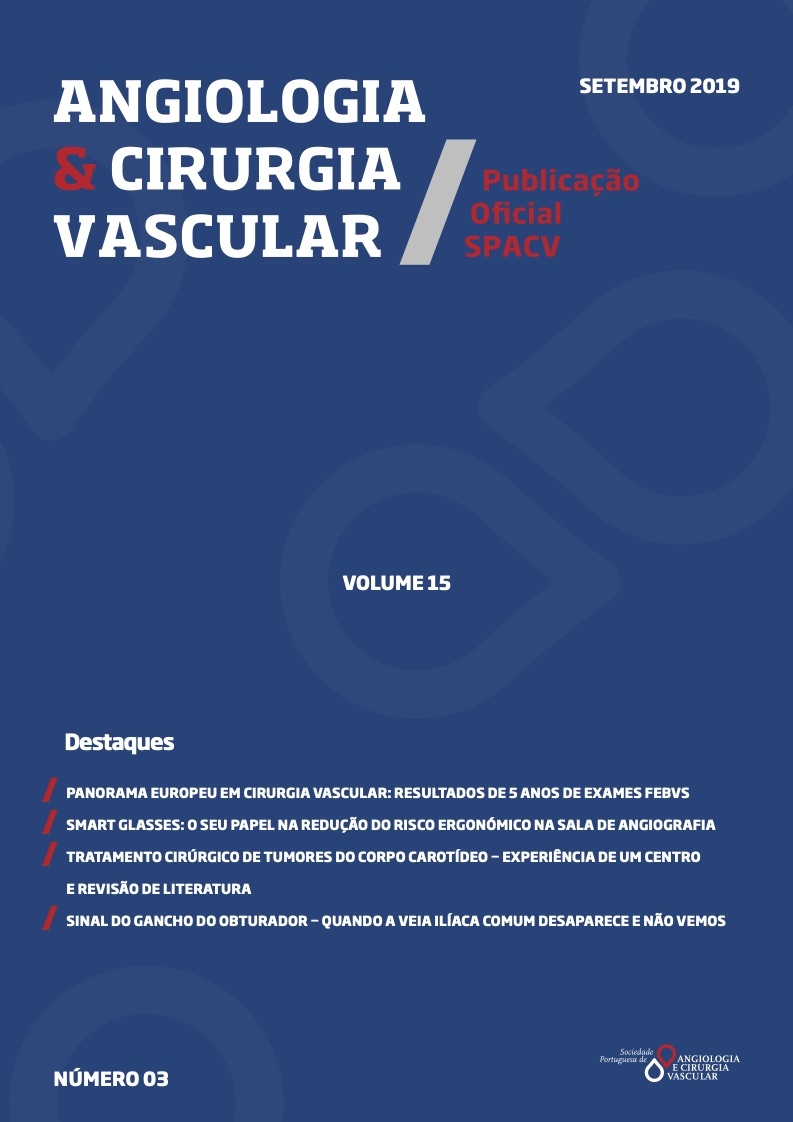