Introduction: The evolution on aseptic technique and prophylactic antibiotherapy has been keeping a low incidence of prosthetic vascular graft infections (PVGI). However some patients are still at risk of a disease that compromises the graft function and the viability of the perfused organ, while threatening each individual with septic complications. The management of PVGI depends on the severity of infection, the culprit microorganism, the location of the infected prosthesis and the patient's overall status. Several treatment strategies are available, from radical explantation to graft preservation techniques and chronic antibiotherapy. The surgeon should then decide which leads to a better quality of life-adjusted outcome. The authors intend to present a clinical profile on the population with PVGI of their institution.

Methods: Using the institution own system, all the discharge papers from in-hospital episodes concerning the department of Vascular Surgery, between 2000 and 2018, which mentioned the words “infection” and “graft”, were collected. All documents referring to non-related infections and vascular access graft infections were excluded. Also, documents failing to report essential data were excluded.

Results: A total of 47 patients were included, aged between 46 and 84 years old (median 69 years), 89% male. Only 15% had diabetes and 2 patients were under immunosuppression. About half of all cases were aortobifemoral infected grafts. 13 cases had had urgent surgeries when the prosthesis were implanted. Late infections were more common than early ones, and more frequently infected by Gram positive bacteria. The anastomotic pseudoaneurysms were the most frequently seen presentations. Only 25% of the infected grafts were occluded. Antibiotic combinations using vancomycin were the most used, for 1 to 12 weeks in duration. Removal of the graft was performed in 85% of patients, of which 57% were submitted to revascularization procedures. Follow up was heterogeneously reported with a median duration of 26,5 months. During follow up, 20% of patients were submitted to major amputation, 18% died from complications related to the infected graft and in 29% a non-related mortality was reported.

Discussion: There remains a challenge to approach PVGI, not only because the frailty of the individuals affected but also because the multisystemic implications of a vascular infection. The growing prevalence of multidrug resistant bacteria in an older population mandates the need to consider multidisciplinarity. PVGI affecting the Aorta by low-virulence bacteria and the demanding surgery for graft explantation with hemodynamic impact is a scenario that may force to change the therapeutic strategies in patients who are not fit for surgery. However, graft-preserving strategies are associated to infection recurrence and poorer outcomes.

Conclusion: A multidisciplinary approach, sensitive and early diagnosis, and a sensible balance between the infection aggressiveness and the overall status of each patient, are needed for optimal outcomes. 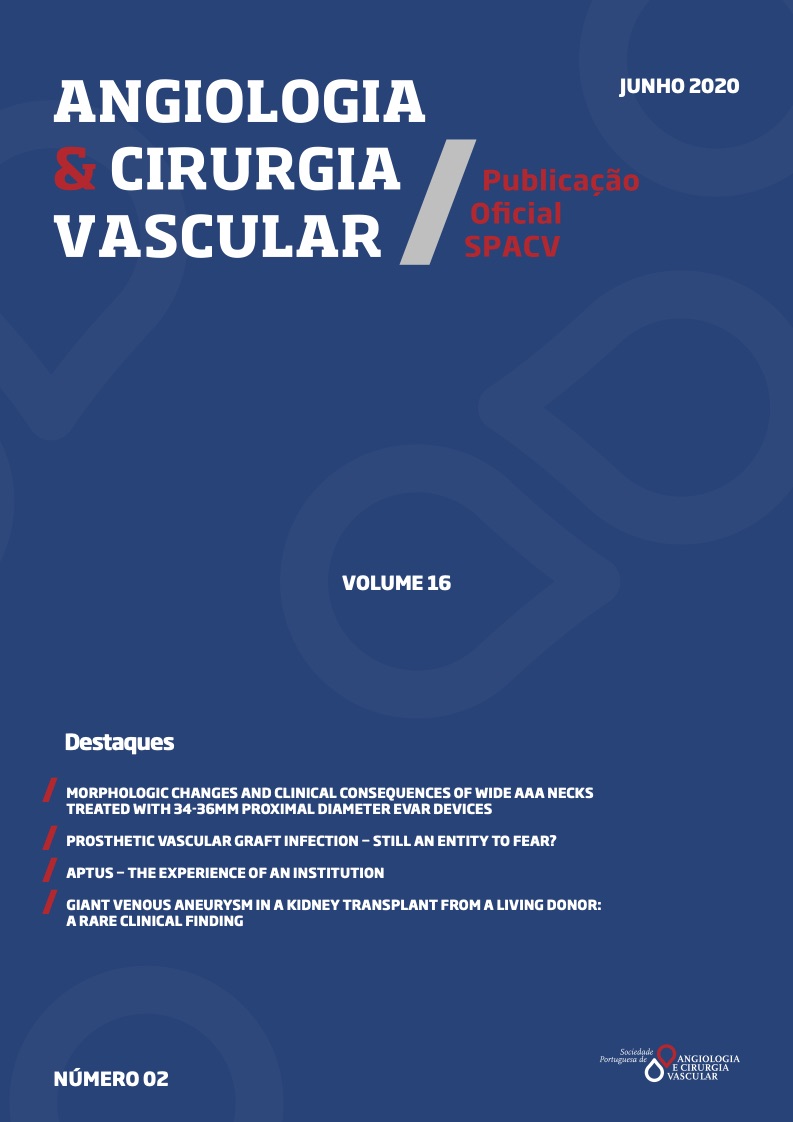