Introduction/Objectives: Type A aortic dissection (AD) usually requires urgent surgical treatment and aortic segment replacement remains the gold standard. However, it is a very aggressive procedure and some patients are considered too frail for this treatment. Nowadays, endovascular repair represents an alternative treatment but still without precise indications. Our objective is to present a case of hybrid treatment of a type A AD with resource a transapical cardiac access.

Results: A 65-year-old man with history of chronic pulmonary obstructive disease, atrial fibrillation and hypertension came to the emergency department with abdominal pain. He underwent angio-CT that revealed type A AD with an PAU in the ascending aorta (AA). After evaluation by cardiac surgery, he was considered too frail for conventional surgery. Angio-CT was repeated after two weeks of medical treatment and revealed false aneurysm growth, with imminent risk of rupture. We thought about endovascular treatment and different options were considered, the final decision was to propose the patient for an hybrid treatment. The procedure was started with a femoro-rigth axilar bypass and embolization of the brachyocephalic trunk. Then an endoprosthesis (Valiant®) was delivered below the left subclavian artery and two periscopes (Viabahn®) were progressed form left carotid and axillar arteries and the second endoprosthesis (Valiant®) was released into the aorta, inside the first, with coverage of the left common carotid and subclavian, and the Viabahn® were released. After multiple attempts, it was not possible to progress the third endoprosthesis AA because of lack of support and hemodynamic instability whenever the guidewire was progressed for the left ventricle and the procedure was interrupted. Subsequently performed angio-CT revealed permeable AA dissection and untreated false aneurysm. We discussed other options and an anterograde (transapical) approach was considered to progress a guidewire on through-and-through to achieve the support we need to progress the endoprothesis. With the support of the cardiac surgery the cardiac apex was punctured and using the through-and-through technique the guide wire was progressed to femoral artery which allowed advancement of the endoprosthesis (Valiant®) through the retrograde pathway and release under rapid-pacing in the AA with good final result.

Discussion/Conclusions: Endovascular treatment is an alternative in patients of high clinical risk and adequate anatomical characteristics, yet technically challenging. When the retrograde progression of the endoprosthesis is not achieved, the transapical cardiac approach is an alternative to be considered. 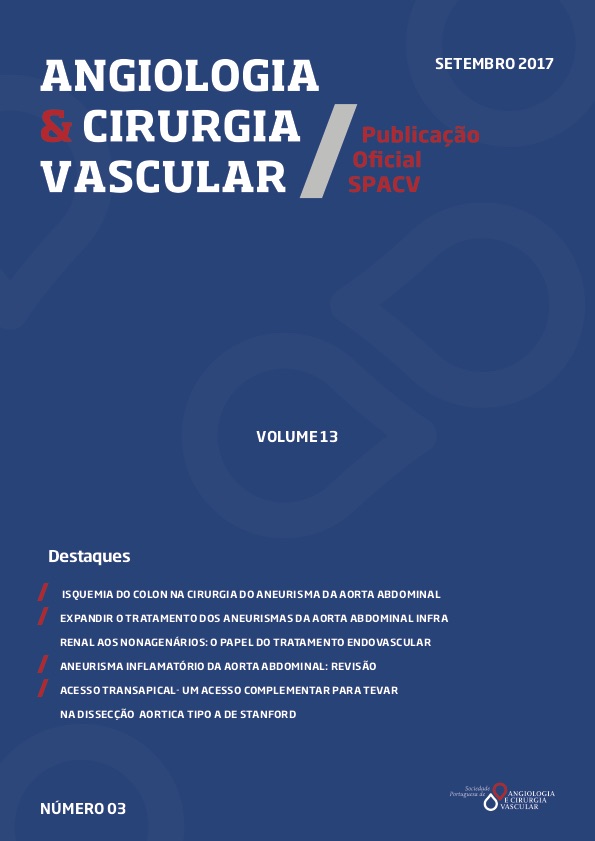